Once the «Blood Upon the Altar» demo spread the blasphemous plague all over the world, and just right after getting a modest record deal with the small yet somehow well known independent label Wild Rags in their hands, the Canadian Cult prepared to record their legendary debut opus. But the spirits of desecrated sepulchres would step in their path… (This is a continuation. You can read the first part here).

Eclectic in their music tastes, the members of BLASPHEMY never missed the opportunity to give the proper shoutouts to their major influences whenever the question was asked. And besides the usual suspects (you know, DISCHARGE, BATHORY, HELLHAMMER SARCÓFAGO and such), Black Winds always suggested pieces of classical music to fanzine readers everywhere such asMussorgsky’s «Night on Bald Mountain», Stravinsky’s «Rite of Spring», Mahler’s 5th and 6th Symphonies, recommending «this stuff for any occult ones learning black magicor satanists. We used pieces of these classics for BLASPHEMY intros» [Holocaust #4, 1990]. And boy, were they right!

Played backwards and slowed down a bit, what is heard at the beginning of the song ‘Winds of the Black Godz’ is actually the piece O Weiche Lust, an excerpt from Act II in Ludwig Van Beethoven’s opera «Fidelio». 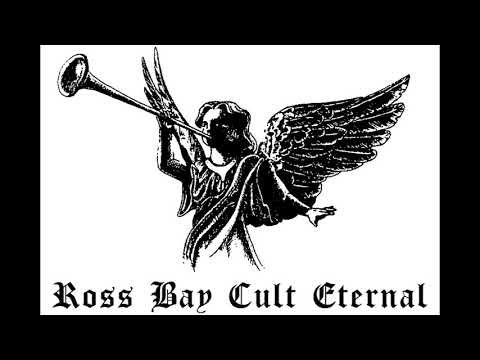 For the album interludes the band helped themselves with some bits and pieces from classical works such as Mussorgsky’s «Pictures at an Exhibition», Prokofiev’s «Scythian Suite» and Stravinsky’s «Firebird».

Despite the low recording budget, (two thousand US dollars from back in the day) and the enormous efforts made by Len Osanic in his Fiasco Brothers recording studios to give the album a more powerful sound than the one accomplished for «Blood Upon the Altar», the truth is that «Fallen Angel of Doom» fell prey to a post-production error that ruined the final mix. with the guitar sound buried underneath the pounding percussion, not to mention the criminal mutilation of the album artwork.

BLASPHEMY with sound engineer Len Osanic, during the «Fallen Angel of Doom» recording sessions; the guy behind wearing a cap is Marco ‘Sodomizer‘ [Taken from the Fiasco Bros Studios website].

Full of typos (even more than the blog entry you are reading right now) and incomplete words for the songs (the lyrics for ‘Hording of Evil Vengeance‘, ‘Darkness Prevails‘ and ‘The Desolate Ones‘ were omitted —apparently on purpose by the band— to avoid incriminating themselves. «Fallen Angel of Doom» also became famous for the pictures featured on the album back cover…

Back cover for the «Fallen Angel of Doom» album. [Notice Black Wind’s photo on the upper left corner and the ‘Desecrator Demon’ drawn on white lines on the center above]

…which depicted (or documented, if you will) the nocturnal desecration of a tombstone at the Mountain View cemetery, the old Victorian graveyard located in Vancouver. According to several interviews and testimonies, while the band was in the middle of the photo session and right when Black Winds was setting the gravestone on fire, a police patrol was doing its night round and noticed the unusual activities. The band was arrested and charged with damage on public propierty. And even though they were released shortly after, the four band members were attending the court for the following year on a monthly basis until the charges were dropped.

The three tombstones featured on the «Fallen Angel of Doom» back cover, with their respective «mourners» [Photo used by kind permission of Nikos Triantafillou, originally posted on the Nuclear War Now! forum]

That the police were doing routine rounds in the cemetery was far from being the result of mere chance; tombstone vandalism in the Ross Bay and Mountain View cemeteries was a matter of public interest at the time. According to an article published by the Old Cemeteries Society of Victoria) (and yes, such thing does actually exist) 24 tombstones had been desecrated between March and April 1988, with a 19 year old person caught red-handed, while the number of desecrated tombstones in the same cemetery went up to 50 in February 1989, with three individuals arrested in the act; two 18 years-old and one of just 16 years-old. Mere chance? Hell, no. Coincidence? Absolutely!

Even though the illustrations made by the French graphic artist Chris Moyen have been associated with the BLASPHEMY and SARCÓFAGO Fan Clubs in France ran by «Evil» Ludo Lejeune, the iconic cover image was drawn by a friend of the band simply identified as «Connie», while the «Desecrator Demon» featured on the back cover was supossedly designed either by a tattoo artist from Vancouver, or perhaps by «Connie» herself. For the trained eye and the underground metal connoisseur, however, the remarkable similarity between this desecrator demon and a certain detail found on a Reinassance painting does not pass unnoticed.

Entitled «The Damned Cast into Hell» is the work of Italian Renaissance painter Luca Signorelli (c. 1450 – Ocober 16th, 1523). Made between 1499 and 1502, it would also serve both as image and inspiration to the Brazilian band EXPULSER for the cover artwork on their album «The Unholy One» released in 1992 and once again by the Singapore cult band ABHORER on their «Zygotical Sabatory Anabapt» album from 1996.

The fresco in Saint Brizio’s chapel in Orvieto’s cathedral (Orvieto, Italy), depicts the scene of the condemned souls in Dante’s Inferno: a group of naked men and women jostling for space along the banks of the Acheron, in such a surrealistic representation that you can almost hear the demons shouting and the desperate cries of the damned… Behold! The full image!

«The Damned Cast Into Hell», painting by Luca Signorelli. Fresco on oil found in Saint Brizio’s chapel in Orvieto’s cathedral.

«Fallen Angel of Doom» was released in late September, 1990, thus breeding a most virulent black metal strain, inspiring a whole generation of bands following the cloven-hooved path set forth by the Canadian horde. This album had such tremendous impact and reception in the underground metal scene that rumours about a gig in Singapore alongside Brazilian beasts SARCOFAGO was planned for January, 1991, and both bands talked about it in every fanzine back then… but alas! it never happened.

What made BLASPHEMY so special? Well, the excitement caused by the album can be understood if and when you realise (or remember, depending on your age) that BLASPHEMY had almost no contenders at the time; few bands had such fierce approach to music and there were a few others developing different styles of black metal, almost inspired by their place of origin: early SAMAEL were following the firey footsteps left by their fellow countrymen HELLHAMMER; greek band ROTTING CHRIST had just switched from grindcore to black metal and they had a mystic, magical vibe akin to their ancient hellenic homeland; and the Nordic coldness were better expressed by the frozen musical landscapes put forth by MAYHEM and the dismal BEHERIT; each and every one of these bands were pioneering, modeling, mutating and modulating a style and aesthetic of their own.

BLASPHEMY with the Goddess of Perversity, whose part was to «keep up the perversions». Jump to conclusions if you will [Photo taken from «Evil» Ludo’s archives].

The album was selling by the thousands: according to Ricahrd C. himself, owner of Wild Rags, the album sold around 4.500 copies over the first month. The figure sales were around six thousand copies by January 1991… but the months passed on and the band was not getting the amount of money they had been promised as royalty fees (US $1 per each copy sold). The series of excuses, apologies, pretexts and the three checks sent to Black Winds (for US $300 each) finally stretched the band’s patience… and the band decided to pay the Wild Rags store a «blitz» visit… literally!

By June 1991, the label owner, Richard C., had formally declared bankrupcy; facing charges for fraud and tax evasion, he was about to go to jail. The legend says that the band —or at least a couple of its members— stormed in the store and, as a way to compensate what they thought had been stolen by the Wild Rags owner, took whatever amount of music, clothing and merchandising they could get their hands on and left the place.

[Nevertheless, Richard C. would keep Wild Rags active as a label until January 1999, by releasing and/or licensing albums and demo tapes from band which, in the years to come, would be pivotal defining what is known today as «extreme metal» such as BEHEMOTH, EMPEROR, ORDER FROM CHAOS, THERGOTHON, CENTINEX, IMPETIGO and DYING FETUS (these two bands only have good words for Richard and Wild Rags even to this day; perhaps everyone tells the tale according to their own experiences). Finally, the federal government seized the remaining merchandising left in the store and took the whole lot for sale at a public auction. According to Patrick Ramieri, guitar player for HELLWITCH, members from SADISTIC INTENT went to the auction and bought it all, and the Wild Rags material could be purchased at the store owned by the band in Los Angeles. Easy come, easy go, they say].

Disillusioned, ripped off, with the promised money gone, and no chance or plans for touring because of the court citations they had to attend on a monthly basis from 1990 to 1991 until the charges pressed after the arrest at the Mountain View cemetery were dropped, BLASPHEMY began the search for a new record label